Daniel James Levy and I have been reviewing this book chapter-by-chapter for several weeks now. We are down to the final three chapters. I admit not being too interested in the following chapter, but now that I have read it I think it was one worth pondering.

Markus Bockmuehl, “Did St. Paul Go to Heaven When He Died?” 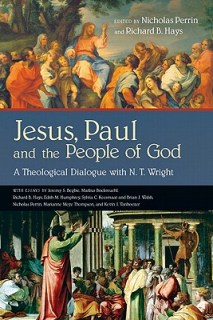 Disclaimer: Bockmuehl reaches conclusions about Wright’s eschatology that Wright himself may have never reached. So as I explain Bockmuehl’s views be aware of this. He begins by affirming what he likes about Wright’s work in eschatology: Christianity is a “resurrection movement”; Jesus’s resurrection and ascension as central for Christian thought; there is “life after life after death” (pp. 211-213).

Bockmuehl is less comfortable with what he thinks Wright denies, namely the permanent residency of Christians “in heaven” after death. Since Wright says the “ultimate goal” is resurrection to the new earth Bockmuehl takes this to undermine heaven as an ultimate goal (pp. 213-216).

Bockmuehl wants to recover the value of the disembodied life and a resurrection that puts us in heaven. He cites 2 Cor 5.1-8 where Paul wishes to be out of the body to be with the Lord; Phil 1.23 where Paul wishes to be “with Christ’; 1 Thess 4.14-17 where Christians go to be with the Lord “in the air” and some other passages. Also, Bockmuehl attributes the Deutero and Trito Pauline epistles to Paul’s disciples and he sees in these epistles more support for a “heaven is our home” eschatology citing Col. 1.5; 3.1-4; 4.1; Eph. 1.3, 20; 2.6 and other passages. For Bockmuehl we are to go in permanency to “heavenly places” (pp. 216-222).

To wrap things up Bockmuehl mentions Origen, Didymus the Blind, Clement, Chrysostom, Theodoret, and Justin Martyr who had no qualms with affirming (A) bodily resurrection and (B) dwelling place in heaven. Since he thinks Wright denies this he positions them against the Pauline corpus and its earliest interpreters (pp. 222-229).

“The Christian believer’s redemption is not complete without bodily resurrection. This is a conviction for whose learned clarification we owe Tom Wright a large debt of gratitude. His account rightly and eloquently rearticulates Scripture’s vision for a future remaking of the earth, a resurrection, a new creation in which heaven and earth are fully engaged” (p. 229)

BUT he doesn’t think Wright affirms the following:

“…early Christians, from Paul via his disciples to the fathers, consistently affirm any intermediate state (whether chronological or merely logical, in an earthly paradise or in heaven) to be followed by an ultimate destination that is both heavenly and bodily.” (p. 230)

“I did not fully recognize the presentation of my views in Markus Bockmuehl’s paper. I think there has been confusion caused by truncated sound bites in the popular media.” (p. 231)

Wright clarifies that it is not heaven he disputes, but the popular image of heaven. People have understood it as a disembodied existence where the earth is not. While Wright applauds writers like C.S. Lewis and Randy Alcorn, who share his vision yet who continue to use the word “heaven” without qualification when expressing it, he doesn’t follow their method because heaven needs to be reshaped in the popular imagination. (p. 232)

Wright runs through quick responses to what Bockmuehl said about Jn 14.2-3, 12, 23; Eph. 2.6; Heb. 12.22-24, and 2 Cor 5. Wright doesn’t deny that after death and/or after the Lord’s parousia that we are always “in heaven” for the simple reason  that “all things in heaven and earth are brought together in Christ” (Eph. 1.10). Wright states, “I have regularly insisted that heaven and earth overlap and interlock, and are designed eventually to be joined completely forever.” (p. 233) When Jesus prays that the Kingdom will be “on earth as it is in heaven” Wright sees that are the day when bodily resurrected believers will dwell in the “new heavens and new earth” which have become forever one. In that sense, yes, Christians always are in heaven after death, just not the “heaven” of pop-culture or the Left Behind series.

This chapter was valuable because it brought to front many common misconceptions regarding Wright’s eschatology and it gave Wright a chance to respond. I was a bit surprised by the conclusions Bockmuehl reached, but I assume others have made this misstep as well. Now Wright has had a chance to address it.

Schedule for this series:

06/01: Marianne Meye Thompson, “Jesus and the Victory of God Meets the Gospel of John” (Brian LePort)

06/15: Sylvia C. Keesmaat and Brian J. Walsh, “Outside of a Small Circle of Friends: Jesus and the Justice of God” (Brian LePort)

06/29: N.T. Wright, “Whence and Whither Historical Jesus Studies in the Life of the Church?” (Brian LePort)

07/27: Kevin J. Vanhoozer, “Wrighting the Wrongs of the Reformation? The State of the Union with Christ in St. Paul and Protestant Soteriology” (Brian LePort)

08/03: N.T. Wright, “Whence and Whither Pauline Studies in the Life of the Church?”  (Daniel James Levy)

9 thoughts on “Wednesdays with Wright: Reading Jesus, Paul, and the People of God: Markus Bockmuehl”