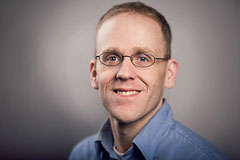 In the beginning there was discussion. Then we fell. Now, as far as the ear can hear, there is only debate.

Okay, maybe that was a little hyperbolic, possibly even a tad melodromatic. But it sounded good when I wrote it. And, it does reflect a bit of the frustration I feel as I follow many “discussions” today. Words flow across my screen in never-ending sequence, but try as I might, I can’t seem to find the conversation. In my most jaded hours, I wonder if anyone is really listening. Or, are we all just trying to “win” one more argument so we can go to bed at night satisfied that we have vanquished another dragon, unmindful of the dragon’s anguish.

Most recently, I’ve been trying to follow Norm Geisler’s critique of Michael Licona. Geisler has argued in two, separate “open letters” (see Brian’s summary) that Licona’s understanding of Matthew 27:50-53 is wrong, unbiblical, and pagan, ultimately undermining our confidence in the resurrection, the authority of the Bible, the veracity of God, and, quite possibly, the very integrity of the space-time continuum itself. (Okay, I may have added that last one myself.)

Now, I don’t want to go into the specifics of Licona’s position. Indeed, I can’t, since I haven’t read the book. As I understand it, Licona’s basic argument is that Matthew used a variety of apocalyptic devices at the end of his Gospel to emphasize the cosmic significance of Christ’s death and resurrection. And, he sees the resurrection of the righteous dead in 27:50-53 as a “poetic” (i.e. apocalyptic) image that serves that purpose. In other words, Matthew isn’t trying to say that the tombs actually opened and that dead people actually came out. Instead, he’s using a poetic image that people in his day would have understood as indicating an event of great significance.

So, that’s Licona’s position. But, it’s really Geisler’s critique that I’d like to comment on. Because in many ways, it’s a great example of what happens when debate triumphs over discussion.

This was a perfect opportunity for discussion. Geisler clearly thinks that Licona has erred in seeing this is an example of a poetic genre used inside of a largely historical narrative (which, by the way, people do all the time). And, he obviously thinks that Licona made a mistake by looking to the surrounding cultural context for explanations of how a genre-device like this would have been understood (which, by the way, is something good exegetes do all the time). These are two important points worth discussing further. I can picture a situation where two scholars could sit down and have a very lively conversation about these issues and how they impact our understanding of Matthew 27.

And, Geisler rightly raises the question of inerrancy here. I say “rightly” for two reasons. First, Geisler is committed to inerrancy, so it makes sense for him to wonder how this might impact that doctrine. And, more importantly, Licona himself holds to inerrancy. So, once again I can imagine these two having a meaningful conversation on how matters of genre, hermeneutics, culture, text, and history all come together in the context of a theological reflection on the nature of Scripture as the Word of God. (I have a very good imagination.)

Sadly, none of this happened.

Here’s what we got instead:

I may have missed a few, but those are the ones that stood out.

This isn’t discussion; it isn’t conversation; it isn’t helpful. This is debate. Pure and simple. It’s about winning and losing.

I should say, before concluding, that Geisler does ask some good questions. He wants to know whether we can really call these resurrections a poetic device without having to say the same about the resurrection of Jesus. And, he wants to know what methodology we’ll use to differentiate a “poetic device” from historic events, and what keeps us from using this technique to dismiss some problem text that we just don’t happen to like. And, finally, he wants to know what all of this entails for how we understand the nature of Scripture. If we hold to Licona’s interpretation, and those like his, can we still meaningfully say that the Bible is inerrant? And, if so, what does that even mean?

They got a debate.

By this all men will know that you are my disciples, if you can effectively silence one another with your superior debating skills.

I bet they could make a song out of that.

28 thoughts on “An Opportunity Lost: Why Geisler’s Critique Missed the Mark”