I have introduced readers to Danny Zacharias’ iGreek app and his ParseGreek app. Both apps are helpful to those learning or refreshing their knowledge of Koine Greek. Today I want to say a bit about the app that I think is the most useful of them all. It is the one that if existed when I learned Greek I would have wanted the most: the FlashGreek app.

Why do I say this? Well, those who have learned languages don’t mind taking their textbook here or there, but it is a real pain to bring a large box of vocabulary flashcards with you to the coffee shop for study. This app removes that problem altogether.

The FlashGreek app allows users to test their knowledge of Greek vocabulary several different ways. One can begin with the most frequently used words in the New Testament. One could go by the principle parts. One could choose one of several Greek text books–including Mounce’s and Porter’s to name a few–so that the app will provide you with the vocabulary words that match the chapters of these books.

As you can see, there are several other options available as well, including whether or not you want audio, images to help you associate, examples to help your memory, and so forth.

I learned Greek in seminary using Mounce’s textbook. If I would have had this app I could have left that box of cards at home and brought my iPhone instead, choosing the cards that parallel the chapters of Mounce’s book: 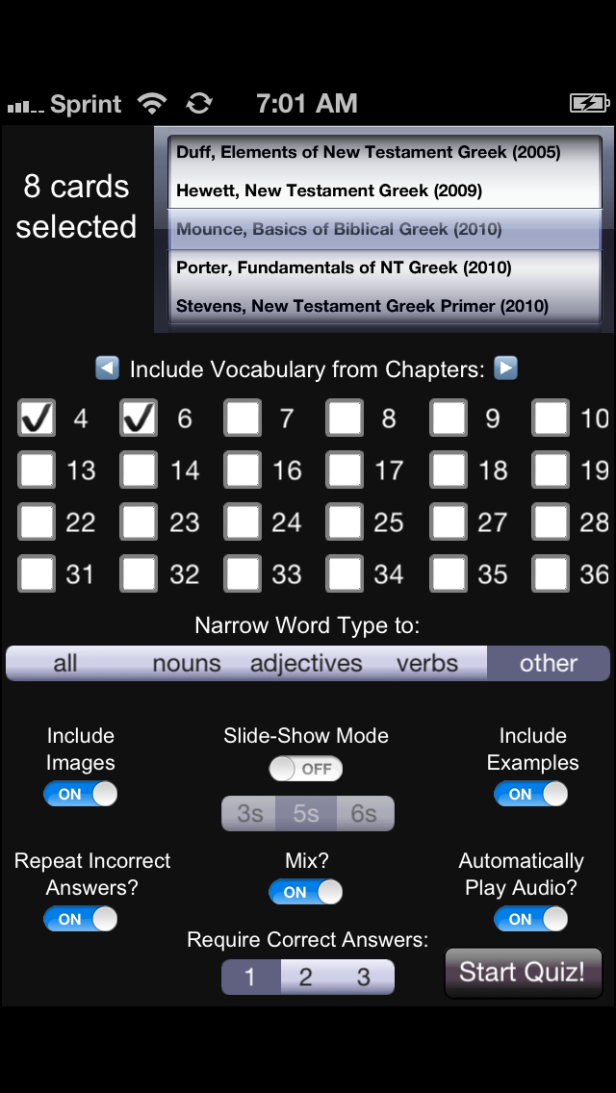 As I mentioned above, you have options. This screen shot below shows you what it is like to answer a question with a few prompts. I had the Greek word for “now,” which is accompanied by an audio pronunciation of the word, and in this case a little clock picture to help me remember the word. If you prefer to not use these prompts then turn them off and it will be “old school” Greek words on the “front” with your English answer forthcoming. 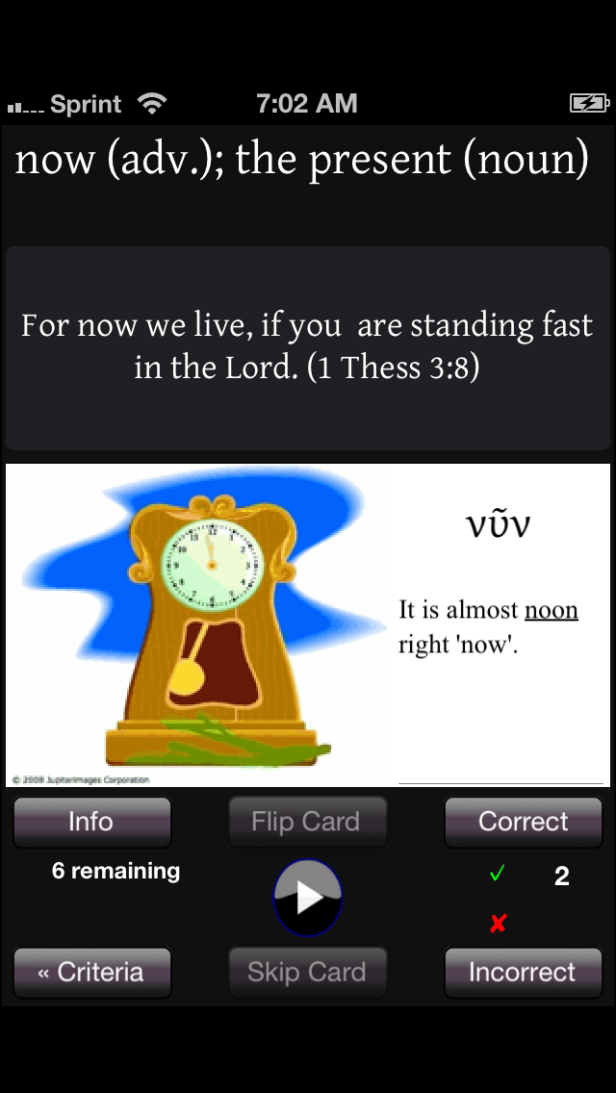 As I have stated, I received these apps for review, but that doesn’t take away from the fact that I wish they existed when I was learning Greek and I use them to refresh my memory. Next time you are about to take a large box of flash cards with you consider this app. You’re going to bring your smart phone with you, so you may as well save space and use your phone wisely! To learn more about the app, and how you can purchase it through iTunes, go here.